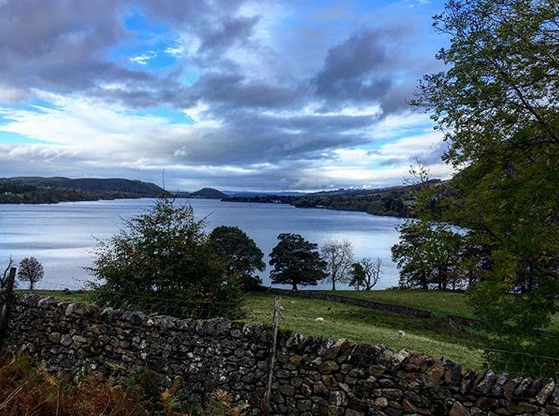 How many times have you heard the statement, ‘quitters never win’?

How about, ‘fall down seven times, stand up eight’?

There’s a culturally pervasive attitude that tells us failure is not acceptable; that, although failure is inevitable on the path to success, one should never quit as a result of it. And I do agree… sometimes.

Failure is a beautiful instructor. It teaches us how to overcome adversity, how to pick ourselves up, and how to fight for the things we want. It teaches us to diversify our approaches, to think laterally, and to ask for help. Until you have experienced failure, you can never really feel success, you know, the I-can-feel-this-in-my-bones success after you’ve fought your way out of whatever trial occurred? You don’t get that feeling when the journey is an easy one. I certainly wouldn’t have won the number of World and National titles I have if I’d quit in my first 5 years of competing when I didn’t win a thing. So, all those #inspirational quotes that tell you not to quit when you fail have a point – maybe you should persevere. It probably will be worth it.

The thing that the inspirational quotes forget to tell you is that failure can also be a great indication that it’s time to quit. *shock horror – did the life coach just tell us to quit?* Yes, she did. Occasionally. Failure can also be a wake up call showing you that what you’re doing isn’t working, and maybe that’s not because you just haven’t found the right way yet, maybe you’re barking up the wrong tree altogether. In this world of personal development and hustling and success it’s so damned hard just to say no, I quit, this isn’t right any more. It’s honestly brave. I want you to know that, when you’re failing, every option is ok. Let’s stop shaming those who ‘quit’. They’re not just quitting, they’re choosing something different.

Of course, you do need to choose something different. I’m not saying that from a preachy, do-better place either, it’s the best thing for you. I’ll give you an example. The first thing I truly ‘quit’ was my Masters degree. I was halfway through, I was failing out, and I was struggling in a way that I never had before. All of my conditioning was telling me to just keep going, just turn up, just do your best, don’t stop. My internal monologue was definitely telling me if I quit I’d have been a failure, as though it would counteract every achievement I’d ever had. I felt so much guilt just for thinking about leaving the course. What ensued (for a few months) was my conditioned mind having a fairly brutal argument with my intuition. My intuition knew I was severely depressed and it was trying to save me. It won, but it really was a battle. The clincher was deciding what was more important: a degree (a couple of letters after my name and about 7K), or my mental health. I chose my mental health. I chose to pick myself up and dust myself off and to start again in the world of work, and I have thrived.

If I never made the choice, I might have stayed locked in that inner battle for the rest of the degree. I would have either come out of it with an awful grade, or maybe I’d have ended up in hospital – I will never know what that parallel universe looks like, but I would bet that it isn’t pretty. In that instance, my continued failures, despite my attempts to continue, were a very clear sign. The sign was saying ‘STOP!‘ in big, red, flashing letters. Okay, this is a dramatic example, and maybe your sign is a cute little wooden thing with flowery, cursive writing that says ‘excuse me, but might you want to try something different?’. That sign is just as valid. I have this surreal picture in my head now of a really long road with progressively more ugly and aggressive signs warning you to go back and take the other fork in the road. Really, you should take notice of the first sign, but if you have to reach the big, flashing, red one to get the point, so be it.

In short, failure isn’t just a time to push and push and keep going!! It can also be a time to reflect on what you’re trying to do, to reconnect with yourself and ask ‘do I still want this?’ and, ‘is this pursuit still serving me/my happiness?’. If the answer is a HELL YES! Keep pushing, try and find another way around, I have every faith you will achieve your goal. But, if the answer is ‘I’m not sure’, ‘Maybe’, or anything in the same uncertain vein, you need to take time to think and feel. Your answer might even be ‘Yes, I do want this but I’m also so damned tired’. To that I ask, why can’t you take a break? Reaching your goals is entirely personal, and when it comes down to it, it’s rare to find a timeline that can’t be adapted.

We use cookies on our website to give you the most relevant experience by remembering your preferences and repeat visits. By clicking “Accept All”, you consent to the use of ALL the cookies. However, you may visit "Cookie Settings" to provide a controlled consent.
Cookie SettingsAccept All
Manage consent

This website uses cookies to improve your experience while you navigate through the website. Out of these, the cookies that are categorized as necessary are stored on your browser as they are essential for the working of basic functionalities of the website. We also use third-party cookies that help us analyze and understand how you use this website. These cookies will be stored in your browser only with your consent. You also have the option to opt-out of these cookies. But opting out of some of these cookies may affect your browsing experience.
Necessary Always Enabled
Necessary cookies are absolutely essential for the website to function properly. These cookies ensure basic functionalities and security features of the website, anonymously.
Others
Other uncategorized cookies are those that are being analyzed and have not been classified into a category as yet.
SAVE & ACCEPT
Powered by